OCPS and WUCF Work Together to Deliver Educational Enrichment

Orange County Public Schools is partnering with the University of Central Florida to establish a strategic alliance for educational programming to air on WUCF TV. This collaboration will directly benefit students beginning June 4, 2020. Through this partnership the district can reach school-aged children with media content tied to their educational standards. It will be available to view on the local PBS station WUCF 24.5.

The enrichment opportunities will be delivered through a series of instructional videos produced by Orange County teachers along with supplemental content provided by WUCF. The first series of videos will be geared toward children in kindergarten through second grade. The videos will complement the workbook materials that all OCPS students in K-2 are receiving for summer enrichment.

“We are excited about this opportunity to provide meaningful instruction to students over the summer and throughout the year. Utilizing our talented teachers to present the standards-aligned content guarantees the rigor required for student mastery and it offers parents a valuable resource to assist with their child’s learning,” Superintendent Barbara Jenkins said.

The programming content will consist of a wide variety of educational materials including, but not limited to, at-home learning instruction, school and district events, and superintendent and district leadership news conferences.

“WUCF is proud to partner with Orange County Public Schools to support families as an extension of the classroom,” said Dr. Phil Hoffman, WUCF executive director. “Schools, teachers and students are facing unique challenges, and WUCF is happy to help play a critical role in bringing a learning environment into the homes of our Central Florida families.”

Here is a sample lesson and here is how to access channel 24.5.

(WASHINGTON, D.C. – June 14, 2018) – The Corporation for Public Broadcasting has awarded $500,000 to 50 public media stations across the country to explore innovative education programs. The grants of $10,000 per station will help fund research and planning, a crucial first step for stations to assess local needs and opportunities and to innovate on a local level.

“Through these pilot grants, we want stations to consider innovative ways to use media to meet pressing educational needs in their communities,” said Deb Sanchez, CPB senior vice president, education and children’s content. “The needs assessment and planning process will give stations the opportunity to discover today’s teaching and learning challenges and how public media can serve as a trusted educational media partner to serve their communities.”

CPB announced the grant opportunity at the Public Media Thought Leader Forum, at the 2018 National Educational Telecommunications Association (NETA) conference in January. Forum speakers inspired public media leaders to think about their education work in new and different ways. For example, Michael Horn of the Clayton Christensen Institute challenged stations to identify individual needs when developing educational content, as well as service and engagement strategies to better connect resources to those individuals.

The 50 stations receiving grants include public television and radio stations as well as joint licensees of all sizes, including WNET in New York City, New England Public Radio, KRWG in Las Cruces, N.M., and a collaboration between East Tennessee PBS and WUOT-FM. CPB will supplement the grants with professional learning activities, including an in-person meeting, needs assessments and personalized technical assistance, and a series of webinars showcasing tools and processes stations can use to build and implement a new vision of their education service. After six months, participating stations should have a fully developed project or service that they can bring to CPB or other partners for funding.

The stations include the following, alphabetically by state:

About CPB:
The Corporation for Public Broadcasting (CPB), a private, nonprofit corporation created by Congress in 1967, is the steward of the federal government’s investment in public broadcasting. It helps support the operations of nearly 1,500 locally owned and operated public television and radio stations nationwide. CPB is also the largest single source of funding for research, technology, and program development for public radio, television, and related online services. For more information, visit www.cpb.org and follow us on Twitter @CPBmedia, Facebook, LinkedIn, and subscribe for other updates.

Working with Judith Levin, a University of Central Florida professor and expert in early childhood development and education, WUCF developed a series of short videos to introduce common “helpers” in the community. The project includes videos featuring:

These videos will air on WUCF during PBS KIDS programming and on WUCF PBS KIDS 24/7 channel. Videos are also available online at meetthehelpers.org.

“This project began as a way to help the Central Florida community talk about emergency preparedness with our youngest citizens after the Pulse nightclub shooting,” said Phil Hoffman, WUCF executive director. “Drawing on inspiration from TV’s Fred Rogers, we looked to the helpers and soon realized a void in this type of content for children. Now we’re expanding this project to share with PBS stations nationwide. Meet the Helpers shows the power of public media in strengthening the safety of all our communities.”

You can learn more about Meet the Helpers and check out the videos and resources by visiting meetthehelpers.org.

WUCF TV, Central Florida PBS is the sole-service PBS member station whose mission is to encourage curiosity and learning through compelling content and community engagement. The station serves nearly 4 million Central Floridians across nine counties and is community-supported public broadcasting from the University of Central Florida.  Learn more at http://wucftv.org. 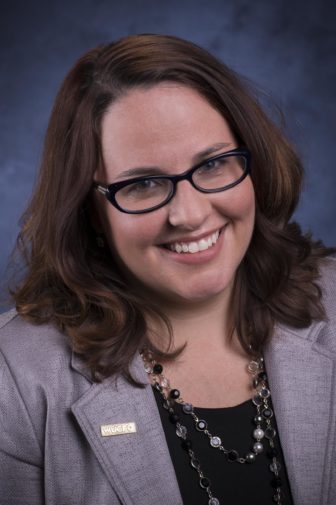